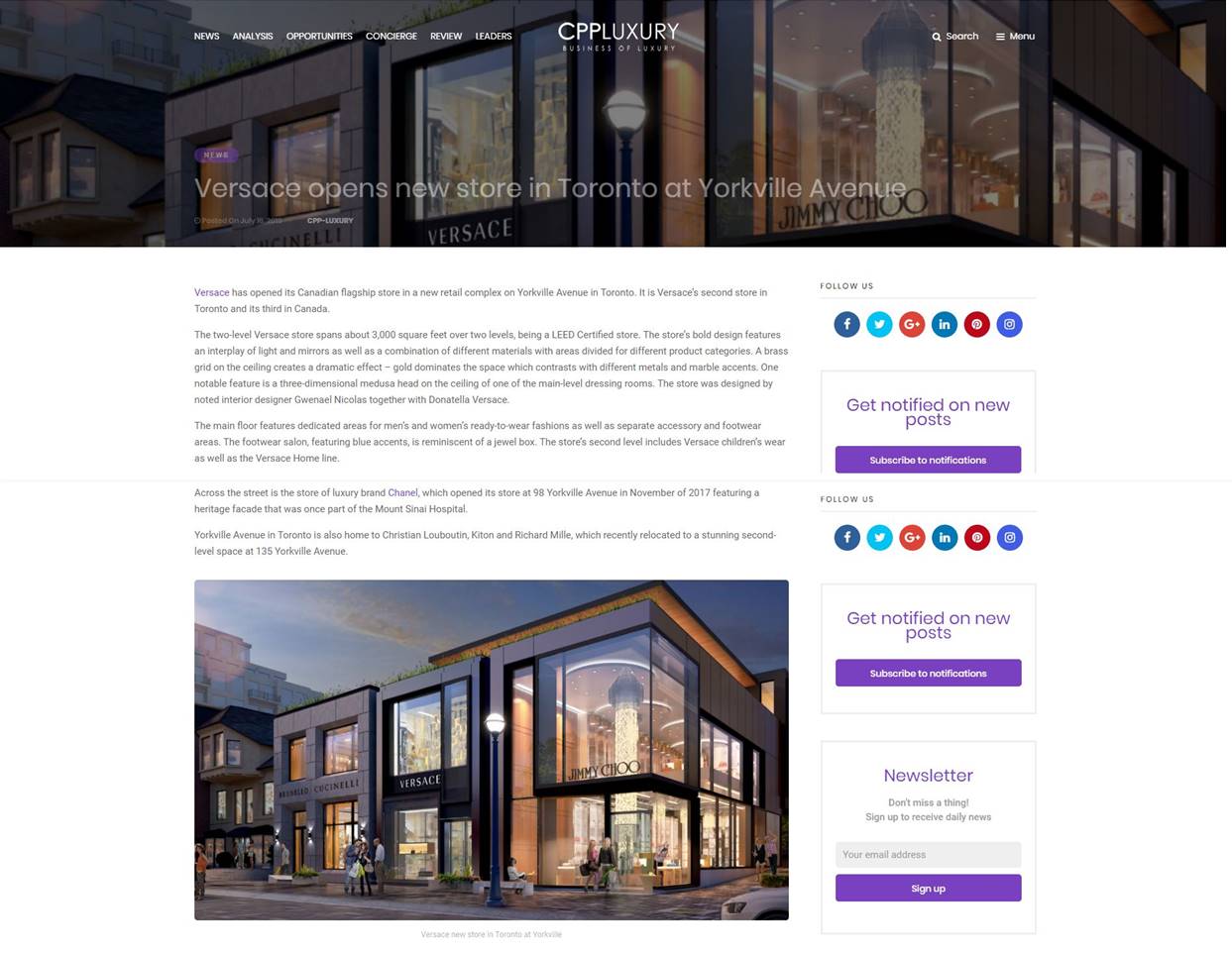 Versace has opened its Canadian flagship store in a new retail complex on Yorkville Avenue in Toronto. It is Versace’s second store in Toronto and its third in Canada.

The two-level Versace store spans about 3,000 square feet over two levels, being a LEED Certified store. The store’s bold design features an interplay of light and mirrors as well as a combination of different materials with areas divided for different product categories. A brass grid on the ceiling creates a dramatic effect – gold dominates the space which contrasts with different metals and marble accents. One notable feature is a three-dimensional medusa head on the ceiling of one of the main-level dressing rooms. The store was designed by noted interior designer Gwenael Nicolas together with Donatella Versace.

Across the street is the store of luxury brand Chanel, which opened its store at 98 Yorkville Avenue in November of 2017 featuring a heritage facade that was once part of the Mount Sinai Hospital.

Yorkville Avenue in Toronto is also home to Christian Louboutin, Kiton and Richard Mille, which recently relocated to a stunning second-level space at 135 Yorkville Avenue.