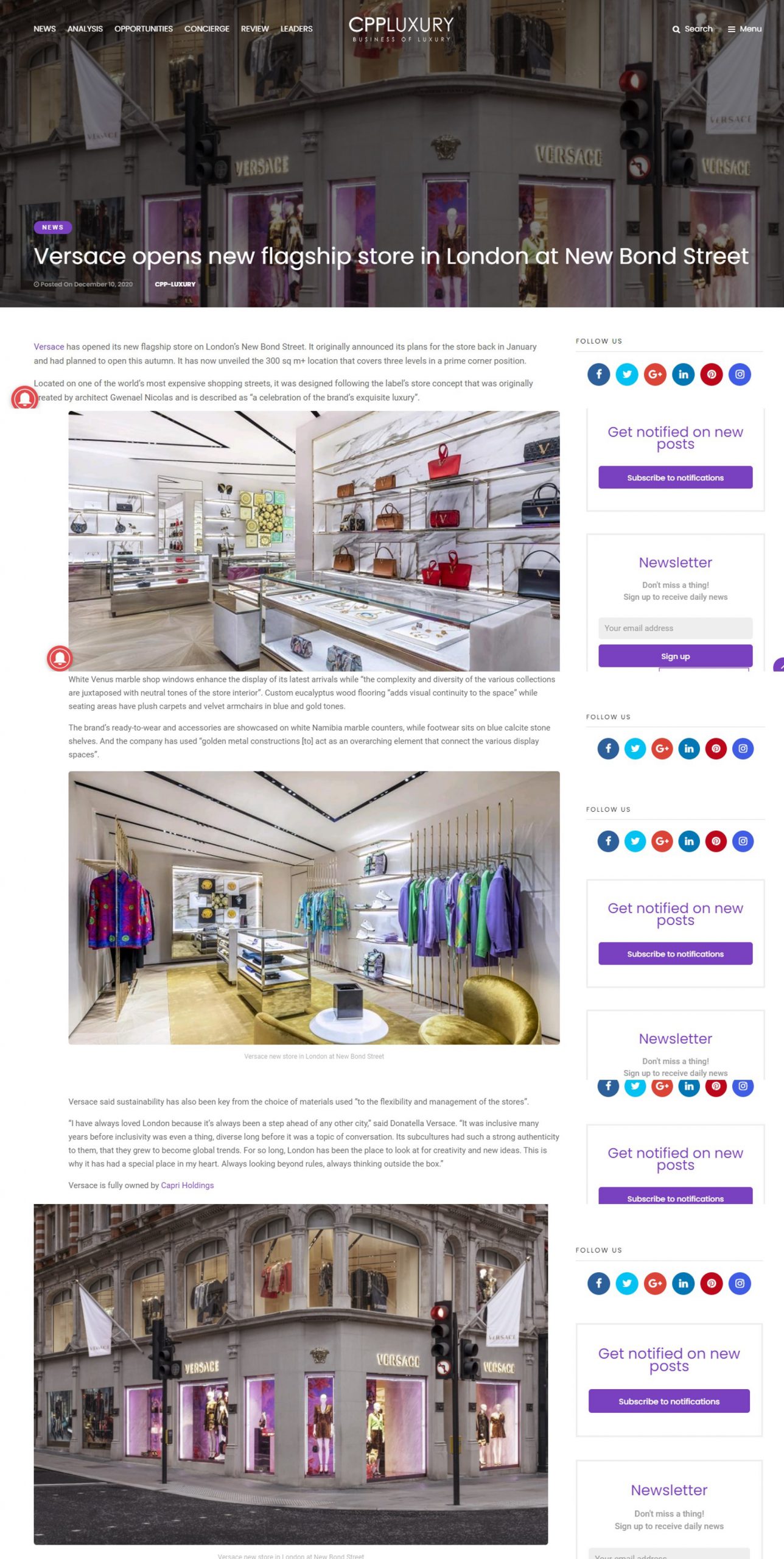 Versace has opened its new flagship store on London’s New Bond Street. It originally announced its plans for the store back in January and had planned to open this autumn. It has now unveiled the 300 sq m+ location that covers three levels in a prime corner position.

Located on one of the world’s most expensive shopping streets, it was designed following the label’s store concept that was originally created by architect Gwenael Nicolas and is described as “a celebration of the brand’s exquisite luxury”.

White Venus marble shop windows enhance the display of its latest arrivals while “the complexity and diversity of the various collections are juxtaposed with neutral tones of the store interior”. Custom eucalyptus wood flooring “adds visual continuity to the space” while seating areas have plush carpets and velvet armchairs in blue and gold tones.

The brand’s ready-to-wear and accessories are showcased on white Namibia marble counters, while footwear sits on blue calcite stone shelves. And the company has used “golden metal constructions [to] act as an overarching element that connect the various display spaces”.

Versace said sustainability has also been key from the choice of materials used “to the flexibility and management of the stores”.

“I have always loved London because it’s always been a step ahead of any other city,” said Donatella Versace. “It was inclusive many years before inclusivity was even a thing, diverse long before it was a topic of conversation. Its subcultures had such a strong authenticity to them, that they grew to become global trends. For so long, London has been the place to look at for creativity and new ideas. This is why it has had a special place in my heart. Always looking beyond rules, always thinking outside the box.”