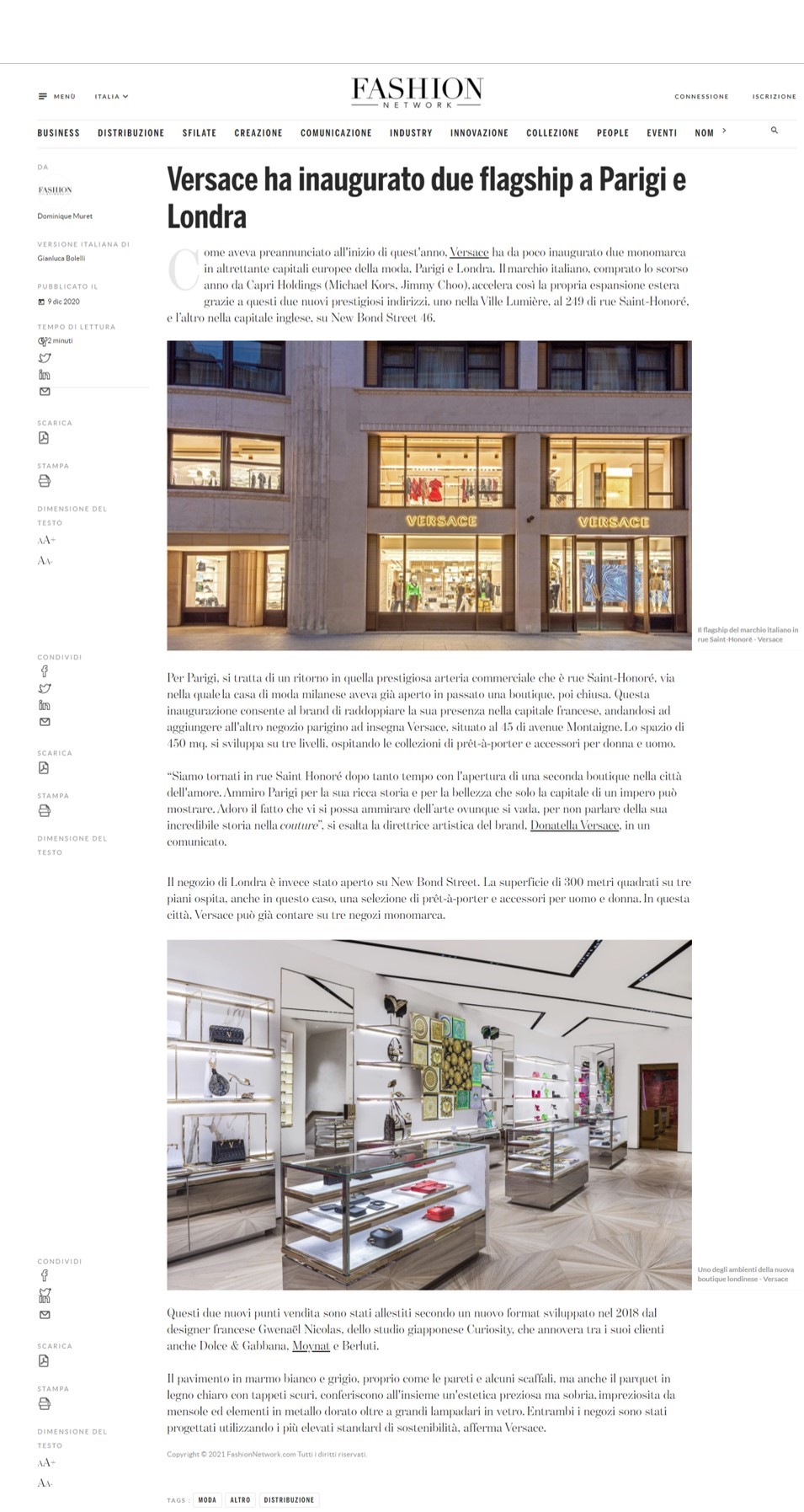 As he announced earlier this year, Versace has recently inaugurated two single-brand stores in as many European fashion capitals, Paris and London. The Italian brand, bought last year by Capri Holdings (Michael Kors, Jimmy Choo), thus accelerates its foreign expansion thanks to these two new prestigious addresses, one in the Ville Lumière, at 249 rue Saint-Honoré, and the other in the English capital, on New Bond Street 46.

For Paris, it is a return to that prestigious commercial artery that is rue Saint-Honoré, a street in which the Milanese fashion house had already opened a boutique in the past, then closed. This inauguration allows the brand to double its presence in the French capital, adding to the other Parisian Versace store, located at 45 avenue Montaigne. The space of 450 square meters. spread over three levels, hosting the collections of prêt-à-porter and accessories for women and men.

“We are back in rue Saint Honoré after a long time with the opening of a second boutique in the city of love. I admire Paris for its rich history and the beauty that only the capital of an empire can show. I love the fact that you can admire art wherever you go, not to mention its incredible history in couture “, exalts the artistic director of the brand, Donatella Versace, in a statement.

The London store has instead opened on New Bond Street. The area of ​​300 square meters on three floors hosts, also in this case, a selection of prêt-à-porter and accessories for men and women. In this city, Versace can already count on three single-brand stores.

These two new stores were set up according to a new format developed in 2018 by the French designer Gwenaël Nicolas, of the Japanese studio Curiosity, which also includes Dolce & Gabbana, Moynat and Berluti among its customers.

The white and gray marble floor, just like the walls and some shelves, but also the light wood parquet with dark carpets, give the whole a precious but sober aesthetic, embellished with shelves and elements in gilded metal as well as large chandeliers in glass. Both stores were designed using the highest standards of sustainability, Versace says.